THE HOTTEST TRUTH YOU MUST EMBRACE TO LEAD DURING UNPRECEDENTED TIMES 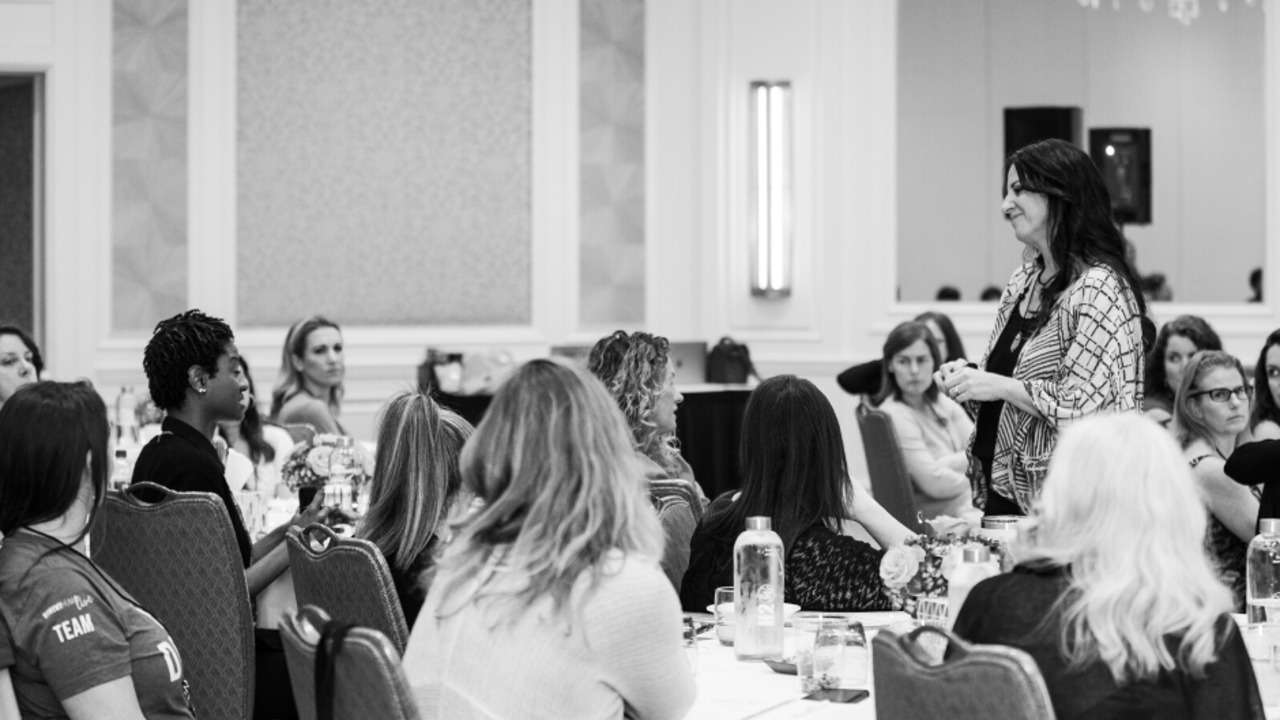 If your current reality is anything less than 1000% rich, fulfilled, and satisfying, something needs to shift.

And for 99.99% of my clients, what needs to shift is your need for control.

Let me make something fundamental clear right now: any control you think you have is an illusion. But that doesn’t stop you from making the attempt, does it?

And listen, it’s natural: it’s not because you messed up and missed a crucial class in the School of Life. No. To understand your mind is to understand that your mind thinks it needs to know. It’s that need to know that keeps you feeling nauseous with anxiety, chewing your nails off, and mentally hyperventilating with the attempt to control, control, control what’s happening around you.

WHY CONTROL IS STRANGLING YOU

Here’s the truth: There is nothing under control. Ever.

When you resist this truth, what you’re in is constriction: that ache of tension in your neck and shoulders that no amount of yoga or massage will make disappear. The frenetic pace of your life that makes you lose your phone, snap at your kids, and make embarrassing mistakes at work. The hamster-wheeling that keeps you disconnected from your higher self and the impact you’re here to make. That tight feeling that won’t let you take a deep breath or feel anything other than vaguely (or acutely) panicked.

White-knuckling your way through life is what happens when you let your mind lead and give in to its constant need to know. And this mind-trick does nothing but strangle you. It blocks your ability to receive what you desire, it makes you spin out and feel like shit. At its most extreme (and this is a matter of when, not if) it hurts your health, your relationships and your prosperity.

And it sure as hell does not make you the brilliant leader, visionary, or entrepreneur you are here to be.

So… what can you do?

You surrender to the unknown.

I know: your mind and body are screaming right now. That’s okay. I’ve got you.

YOU MIND IS SCREWING YOU OVER

Let me expand on the truth: There is nothing under control, ever. And to believe otherwise? It’s pure nonsense. Who died and made you god? Why would it be your job to control this beautiful, gorgeous, unpredictable universe? You are here to make your indelible, incredible impact – not to run the whole show!

So cross that off your to-do list, because the second part of the truth is this: you are being taken where you need to go. Even if where you land isn’t what you expected. Everything is happening for your highest good. Yep, even when it doesn’t seem or feel like it.

Let me give you an example: my client (let’s call her Diane) wanted to achieve the next sales ranking in her organization. When she came to me for mindset coaching she was… well, control freak is putting it mildly. She was going 90 miles an hour with her hair on fire, and she was suffering. And while I coached her on slowing down and prioritizing herself, she went to the routine check up she’d been putting off (because, ya know, gotta keep working and getting shit done) only to discover she had been living with a hernia.

Her first reaction was what you’d expect — Oh my god, I can’t believe this, how did this happen, self-judgment and flagellation — the usual. Until, through our work together, Diane realized the gift it was: it woke her up. Now SHE is the priority in her life. She’s no longer trapped in the constant hustle and scarcity mindset. She makes genuine joy and fun and playfulness regular parts of her life. Her entire energetics have shifted into abundance and openness, and now the leads and opportunities are everywhere — yes, for real. Today she is happier, she’s been presented with new opportunities in her business, she’s closed new deals, and she has new evidence that she doesn’t have to hustle and kill herself to be successful.

It was the first time that window of truth cracked open. I could choose to be a warrior. So I took a job that was an hour and fifteen minutes away (leaving my daughter with a friend since she was too young for daycare), creating a life for the two of us. I became the top in sales at that company, and it put me on a career path that nourished me and was prosperous for me and my daughter for over a decade.

Had that relationship with my daughter’s dad not ended, had I not become a single mother with an eight-month old baby, I never would have realized what I was capable of.

What came out of that experience (and several others) for me is a profound, heartfelt willingness to not-know. I live in a perpetual state of I-have-no-fucking-idea-what-will-happen-next. It is more freeing than I can find words to describe. And instead of inducing fear, it gives me abundant opportunities, space for curiosity, and openness to possibility.

There’s more, too (of course there is!): once you embrace the unknown, it exponentially improves your ability to be a solid decision-maker. So many of the remarkable women I work with feel paralyzed by the decisions they have to make. Is that you, too? I’ll reveal how to become decisive and deeply self-trusting soon — click here to make sure you don’t miss it.

YOUR COMFORT ZONE (YOUR MIND AND NERVOUS SYSTEM DON’T WANT YOU TO READ THIS!)

Now, here’s what’s really eye-opening about your comfort zone: you’ve heard that the magic happens outside of it, right?

Right. And that’s true. Unfortunately, most of you have drunk the kool-aid that getting out of your comfort zone means doing something bodacious, like bungee jumping, or going on a twelve-day silent retreat, or selling your first seven-figure consulting package. All that is true, but leaving your comfort zone is far more subtle than that.

ANY different emotional state of being is outside your comfort zone. And your mind and nervous system are fighting for you to stay the same. Their responsibility is to keep you safe and alive. They don’t care if you’re happy or satisfied. Nor should they! That’s not their role, it’s your role as the being WITH the mind. As the woman in the director’s chair of your life.

Your mind and nervous system hate me. They want you to stop reading this article RIGHT NOW. They’re screaming, all she’s doing is making you want to change!

Listen, if you’re someone who is controlling and frenetic (like nearly all the clients I work with), and you want to find flow and ease, your system is gonna freak out when you embrace the unknown.

YOUR FULLEST, MOST BRILLIANT SELF STARTS HERE

Anything different than who you are right now — and how you lead, show up in your business, feel on a daily basis — is going to take you into a different state of being. In other words, right into the great unknown. What’s next for you is, by definition, different from your current reality.

That’s why it’s critical to understand how to embrace the unknown. Because there is nothing but the unknown before you. EVERYTHING you want — the next evolution of you —lives in the unknown. If it didn’t… it would already be your reality.

If you’re here right now, you know you are in the process of becoming. You are blooming, blossoming, metamorphosing like a caterpillar in its cocoon. I know you: you desire to be a better leader, to be your true, authentic self in your thought leadership, to have the confidence to state your opinion without apologizing. To make bold offers in your business, to work less and be more at ease.

That’s why I’m inviting you to join The Elevation Experience, a live micro-course designed to help you access (and practice!) the 7 superpowers that will lift you to the next level of yourself, your leadership, and your impact.

This experience is not for everyone. It’s not for women who say what they want but don’t take action. No, it’s for courageous women with zero time for bullshit, who are committed to becoming their truest, most brilliant, technicolor, abundant selves.